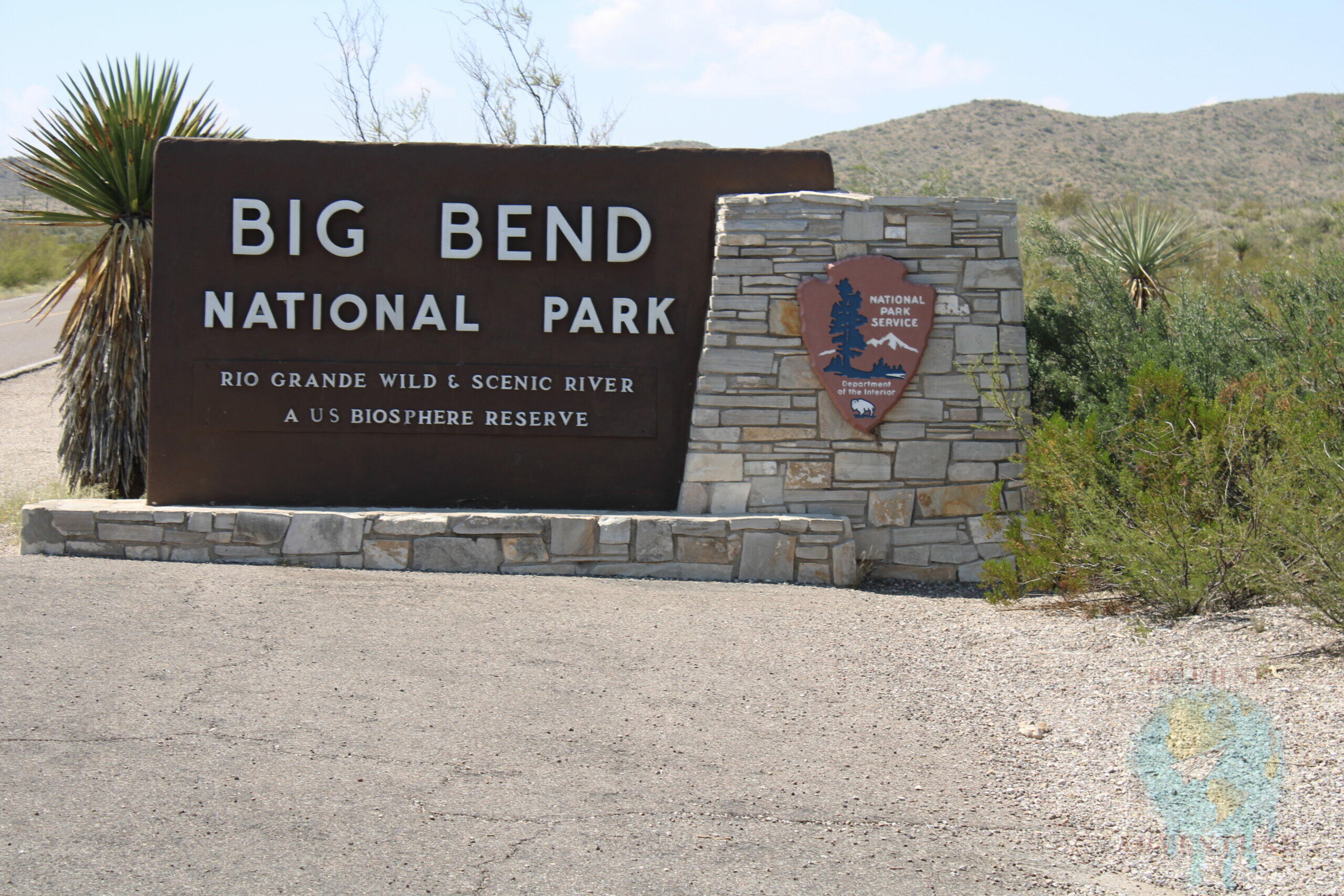 Some people would like to send us to the desert. We wanted to get ahead of that, so we voluntarily went there at the beginning of September, after work- and the learning-intensive month of August, to experience a varied and quite impressive long weekend with “special” highlights. And so the trip went west of Texas … to the Mexican border.

Already the 7.5-hour journey over seemingly endless roads through landscapes (characterized by different vegetation) was exciting but also exhausting for the driver. Therefore we decided to tackle the first half of the journey already on Friday evening. First, it went past areas with oil pumps, followed by large areas with wind turbines. And all this in almost uninhabited space and at 40° Celsius.

The following morning we went to our actual destination – the national park. We felt a bit strange in places because we didn’t see a single car for miles. We decided to look at “the Window” and therefore went to the mountainous surroundings of the Chisos Mountains Lodge. After our hike, we had some ice cream to fortify ourselves, and the tour continued to the notorious Ghostown Terlingua.

In the mid-1880s, mercury was found here, and the village of Terlingua Abaja was founded. Around 1905, about 1000 people lived here. In 1910, the town was moved about sixteen kilometers to the east. Mercury was still mined until the end of World War II, but as jobs dwindled, miners left, and Terlingua became a ghost town.

The cemetery of Terlingua was, for us as Germans, at first an unfamiliar sight, but the way of seeing and dealing with the deceased relatives holds a certain fascination. Here it is not only about mourning and commemoration. This is a place to celebrate with the dead. Some burial sites were littered with bottles whose alcoholic contents were emptied on the spot in the “presence” of the relative.

The next day, we tested the off-road capabilities of our “small car” and set off on unpaved roads once across the desert-like landscape of the park. Driving a car is fun and occasionally puts the driver to the test.

The route led us to the Rio Grande and thus to the border with Mexico. However, the river is at this point and at this time of year rather a Rio stream through which one could easily walk. Impressive, however, were the rock massifs of the Santa Elena Canyon.

We continued east through the National Park … the landscape changed almost behind every bend, and impressive rock formations greeted us. Our destination was the hot springs directly at the Rio Grande, which could only be reached via an extremely narrow, but also unpaved and not secured against falling, road.

However, since the springs were a bit too hot for us, we decided to visit the southeastern part of the park, BUT…. somehow, a sharp stone on this extremely narrow and unpaved road had a different opinion and decided to drill into our front wheel to allow a permanent air escape. Many thanks to that dear stone. You couldn’t have chosen a more stupid spot on this road. It went steeply down a slope on the driver’s side, and on the passenger’s side, it went up a rock wall. Getting out was impossible, and so was reversing. So we had to bump the last few feet of the way on the rim to a stopping point, which the rim didn’t like. We got out and saw the mishap, and we came to new experiences and knowledge (which cost us a lot of time):

With the friendly support of a young family (who understood the manual of our vehicle after some time), we got our small car running again and decided to end the day now at the Chili Pepper Cafe with Mexican food.

The evening we spent first with a beautiful sunset and later under a great starry sky which let us admire the Milky Way. However, since the night sky photos have become nothing, we decided to repeat this trip shortly.

The following day we started our journey well-rested (others would call it slightly stressed) towards home.