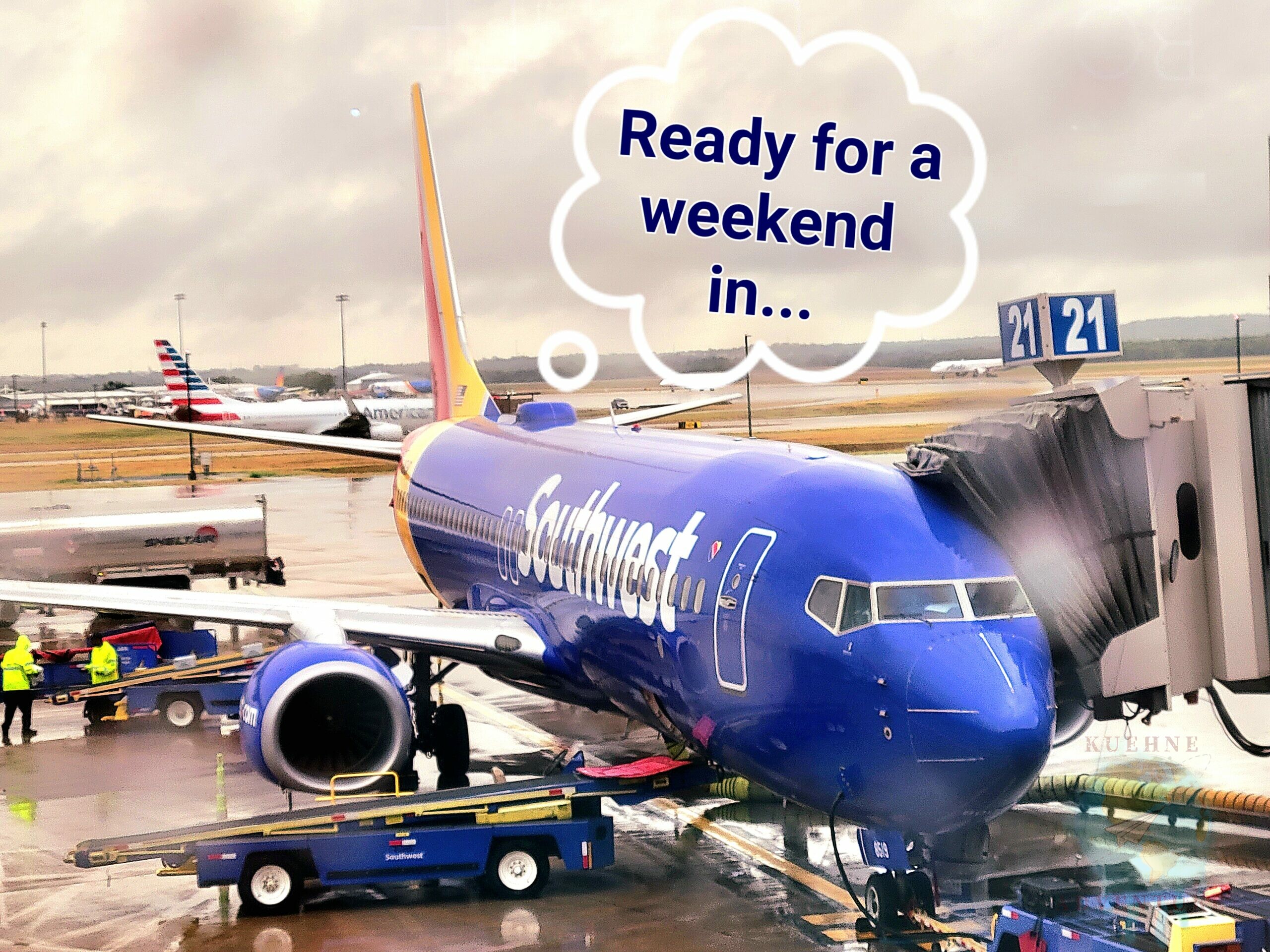 Special birthdays also require a special way of celebrating. And since the invited guests did not comply with the jubilarian’s wish for a personal presence here on site, we decided to do something different on the spur of the moment. And as we know, that means doing something at a different location.

So we collected Celina on Friday after school and drove to our airport to fly to the northeast of the USA (in the back of our minds always the following song lines: “I would love to go to Nashville…”). Kindly note that the plane had a 1-hour delay so that we could approach the airport relatively relaxed. But the pilot then gave the flight properly gas so that the distance was completed instead of 2 hours already after 1.5 hours. But then it took forever (as always) at the rental car counter. But no matter, there was a round trip through four states with some special sights on the program. And that should also start right on this Friday evening.

“I would love to go to Nashville…” – Tennessee Country Capital

Since our arrival was inevitably late Friday evening, we had decided to move into a hotel near Broadway (the party mile) to experience a little nightlife still there. And there was truly no escaping it. The noise level felt higher than standing next to a jet plane at full throttle; only it didn’t sound so monotonous. Every bar had a live band playing with the doors and windows open. If you walked in the middle of the street, you had the “pleasure” of listening to at least four bands at the same time without finding out what kind of music it was. The basses and drums of the groups drowned out almost everything. And where no live music was played, radios with the volume on maximum were used. You really couldn’t understand your own words in places, but it was all wonderfully colorful (and the vast numbers of bachelor party groups were almost universally incapable of walking or standing).

Quite annoyed, we fought each then about the somewhat quieter side street back towards the hotel, and because it was already at night after 24:00 clock had a midnight snack here. What could be more obvious than eating a Nashville kebab…? not quite comparable to what we understand under kebab, but tasty at least top.

On Saturday morning, we took another acoustically somewhat more pleasant stroll through Party City:
Once around the Country Music Hall of Fame with the Country Walk of Fame,
a short stop at the Johnny Cash Museum,
further on Broadway (and yes, already in the morning, there is live music in the streets). And, of course, a pin had to be purchased again in the Hardrock Café.

Around noon we headed south, and after 1.5 hours of driving, we reached this truly quiet place where one of the most famous products in the world is made – Jack Daniel’s Tennessee whiskey (which has a not insignificant share in our presence in the USA).

You can visit the distillery here, stroll and store in the tranquil and pretty Historic District, and attend a whiskey tasting. So: said – done! (Yummy!!!!)

And because we were already so far “down,” one can also fix a break in the neighboring state of Alabama. So we headed for Huntsville to give the Navi a destination in the first place. This turned out to be a charming, quiet town with a quiet European flair and was a total recovery after the hustle and bustle in Nashville.

But since there were a few more program points planned for Sunday in western Tennessee, we drove on through some familiar-sounding places like Athens, or Florence, where we took up our night’s lodging.

About this part of the trip, there is not really much to report because on the route was defacto – NOTHING.
So we are not surprised that a certain Mississippi blues mood arose there, which then also raged out weather-wise in the context of a nasty rain front.
Well, since we were no longer accustomed to the sight of green meadows, trees, and cornfields from our hot, dry Texas – with us, everything is only brown and dried up for weeks – our eyes just enjoy the green color of the environment…

“When I was walking in Memphis…” – Back in Tennessee

And because Tennessee is so rich in music culture, we will stop at the home of one of the most famous music legends ever: Graceland – the residence of Elvis Presley.
The said musician (or rather his family) owned an estate in southern Memphis, with a house, record studios, various exhibitions on the life and work of Mr. Presley, as well as various cars, motorcycles, and private aircraft.

Memphis itself, along with Elvis, is known and famous as the “Home of the Blues.” The clubs, bars, and theaters on Beale Street – one of the most iconic streets in the U.S. (along with Burbon Street in New Orleans, for example) – are where blues music is at home and where it virtually originated. Between the 1920s and 1940s, blues and jazz greats such as Louis Armstrong or B. B. King (whose bar is still a landmark on the street), and later Elvis, Johnny Cash, and many other musicians played there. The street has a certain morbid charm that you have to like. Unfortunately, much has fallen into disrepair over the years, and much is now closed. But it was still worth the detour.

Since Memphis is a city in two states – separated by the Mississippi River – we had to go to the other side quickly. After all, we want to have left our footprints in each state. So we cross the bridge and make a short stop in Arkansas – a little souvenir is a must – and unfortunately, so we have to make our way back to the Nashville airport because school and work are waiting for us tomorrow morning.
At night around 1:00 a.m., we reach our ATX home base and are happy to have experienced a new adventure this time without any mishaps.