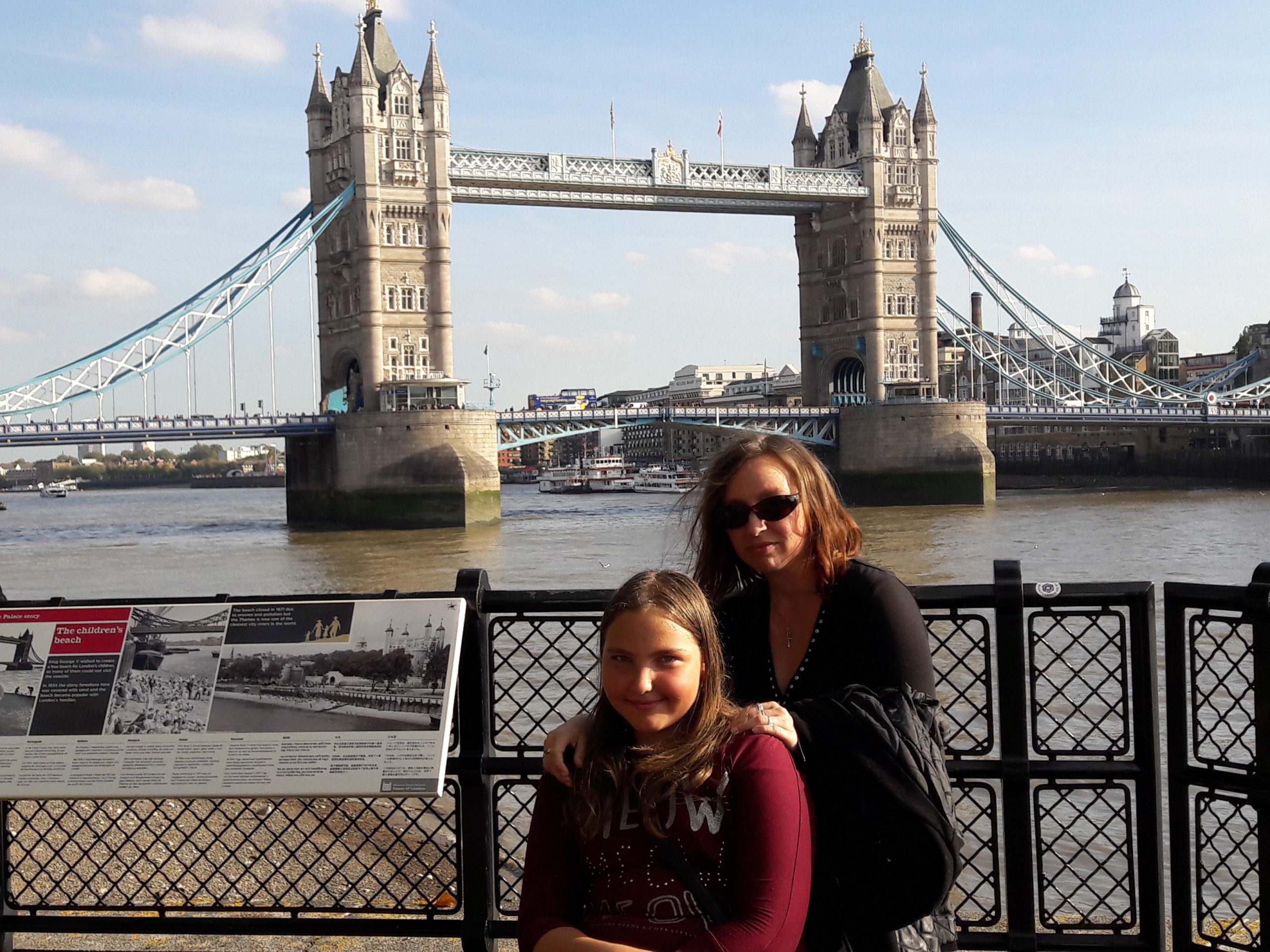 October 2018 – Because it was so nice in Paris, we’re going to spend a few more days in London! The night crossing with our bus on the ferry from Calais to Dover is quite uncomplicated, even if a nap at night between 3:00 and 4:00 would have been a bit more pleasant.

CITY OF LONDON, TOWER, WESTMINSTER & CO
At some point, we finally arrive in London, of course in fog and drizzle, as it should be in this city. Our tour guide decides to join the city tour straight away, as the traffic is still limited early in the morning. We stop at Saint Paul’s Cathedral and make a pilgrimage to the Millennium Bridge, on to the London Monument, and our poor bus driver tortures his way through the left-hand traffic, over the Tower Bridge, past the Tower, and somehow across the crowd to drop us off at the hotel. This is right at Wembley Stadium – it’s a shame that there isn’t a big concert going on.

Now the weather is fantastic, and we set off to explore the city by train, underground, and the typical red buses. Piccadilly Circus should not be missing, Westminster (unfortunately without Big Ben, which is still hidden behind scaffolding and tarpaulins), to Trafalgar Square, where we took a little break, and finally to the Tower of London. Unfortunately, we are too late and can no longer visit the inside of the facilities, but no matter, having an ice cream on the banks of the Thames in the autumn sun is also nice.

Since we are now a little too lazy to walk, we jump into one of the historic red buses and let us, chauffeur. There is, of course, fish ‘n chips (well, British food – you have to like it …) for dinner.
Then another hour’s night tour, and we fall into bed half dead.

BUCKINGHAM PALACE
The next day greets us with typically English rainy weather, which to our delight lasts all day. So we went to Buckingham Palace, and the parade and the big changing of the guard are canceled due to rainy weather. And even Ms. Queen Elisabeth doesn’t look out the window to wave to us. But no matter, we wave Queen Victoria at her monument and shuffle over the Princess Diana Memorial Walk back to the next dry subway station.

CAMDEN
We’re taking the subway to Camden! Here in the former horse stables – today’s Camden Market & Horse Stables Market – is a paradise for art, clutter, second hand, and everything else. It is colorful and sloping, and the house facades are designed according to the respective shops. Unfortunately, we are already soaking wet and, due to the weather, decide to spend the rest of the afternoon in an Asian all-you-can-eat restaurant … It’s good that we have already trodden off the calories in the last few days.

Wet, freezing, and tired, we finally climb back on the bus to start our journey home. There is still so much to see in and around London! This has to be repeated – no matter how far the journey will be!