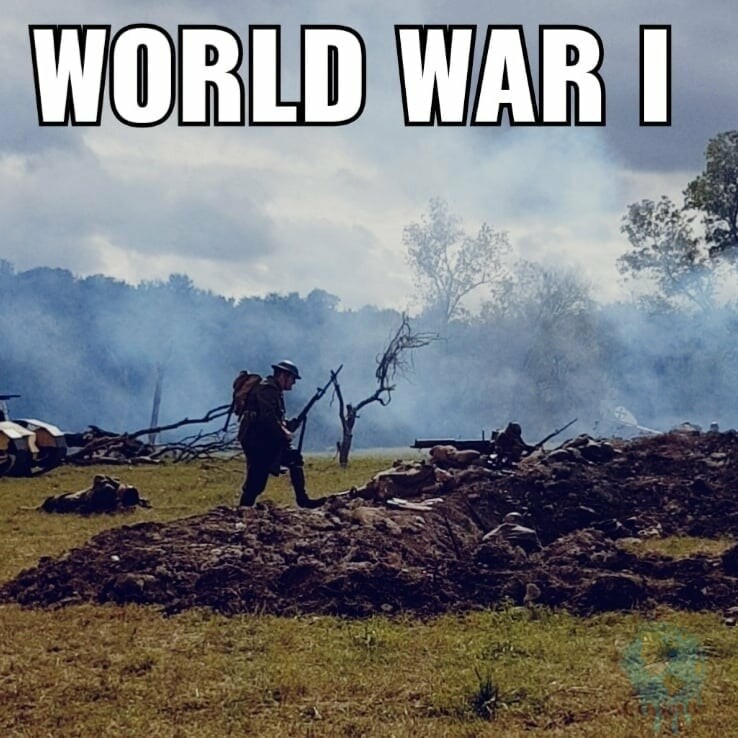 Teaching American history is not necessarily one of Celina’s favorite subjects, but it is an essential part of the curriculum here. And as part of her academic focus, this subject is also part of her English classes, and there are many essays to be written. So it’s a good idea to make history something she can experience.

And now, before anyone gets the idea that this event might glorify war, let us say right up front:
What is shown there is not meant to be pretty, but to make the horrors of World War I comprehensible!

In early 2020, we were at Camp Mabry when there was a demonstration about the American Civil War. That was already very exciting, but it was about the First World War this time.

In addition to numerous explanations about the uniforms, weapons, and temporal processes, there was interesting historical information (e.g., that the German Empire wanted to ally with Mexico, so to speak). The facts were already taught in history class, but as Celina said, this content is now more internalized than through the videos and reports before.
And next year, we will look at the third part of this event series – WWII.