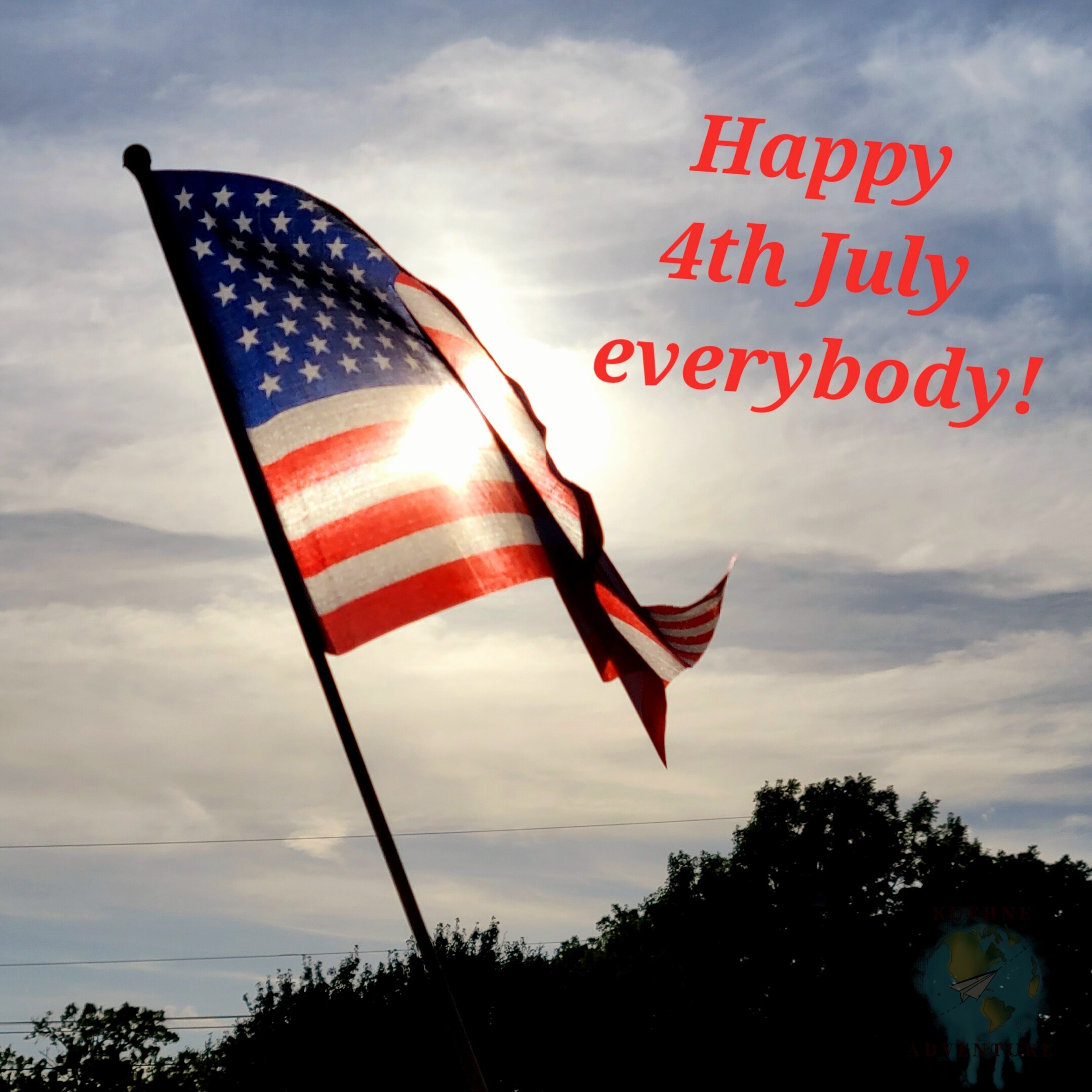 As most people probably know, the 4th of July is a holiday in the USA. And also, for us, it is a beautiful day because, on July 4, 2019, we set foot on Texan ground for the first time (but for this reason, the Texans celebrate this day probably rather not). But anyway… on July 4, 2019, the Kuehne family took the first steps on the soil of their future home.

Independence Day is celebrated in the USA on July 4. This is not, as in the film of the same name with Will Smith, liberation from the aliens, but the declaration of the United States about independence from the British Empire, which was ratified on July 4, 1776, by the Second Continental Congress to establish the United States of America. And also to contradict some remarks on social media… This day also does not celebrate the – quote beginning, “…. Genocide of millions of natives and the victory of the white master race …” – End of quote. At this point, we refer to the vast number of history books in which one can inform oneself about the origin of this holiday.
The document can be seen in the National Archives Building & Museum, which we have already done during our first stay in this country in 2019 (see Washington, DC).

In 2022 the day fell on a Monday, which meant that this holiday gave us a long weekend. (yes, also here, “Public Holidays” are something like “legal holidays,” where many have time off, which of course, always depends on the employer) So we decided to celebrate the day more or less due because it is our 4th “4th of July” here in the USA for us.

We wanted to start with a typical breakfast of eggs, fried bacon, beans (and coffee, of course) and then head to Fredericksburg for the parade. But to do that, we would have had to get up on time, which we didn’t. So we limited ourselves to just coffee and headed straight out. We arrived just in time, and the parade began.

Our further plan was to make a detour to Luckenbach to eat bratwurst. Unfortunately, because of the lack of breakfast, the hunger of all participants was also correspondingly large. Unfortunately, the snack bar there was just rebuilt, and the food trucks opened only in 1.5 hours. So we changed our plans and headed back to Austin to Rudy’s BBQ. That always works!
Freshly strengthened, we went home to sift through the footage and catch up on the lost sleep because a highlight was still to come…

As the day draws to a close, the fireworks display on Lady Bird Lake is one of the highlights here in Austin. The whole city was on its feet to see the spectacle.

And, of course, we wanted to hone our photography skills further.

An exciting day full of impressions came to an end and exhausted, we went to bed. A really lovely Independence Day!